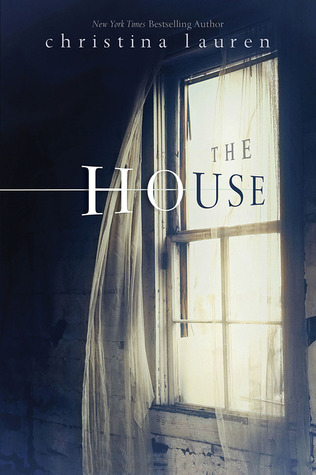 When her family can no longer afford to send her to private school, Delilah returns to public school in her hometown. There, she thrusts herself upon the mysterious boy she’s had a crush on since forever.

Gavin has a secret–his house has a mind of its own and has raised him since he was a small child. House is the only family he has until Delilah enters his life, and House isn’t interested in sharing him.

I loved this! I was so thoroughly creeped out. I read it late at night (of course) and it got to the point where I’d demand my boyfriend to stand guard outside the bathroom. He wouldn’t humor me.

To be honest, I’m a bit of a chickenshit. Horror buffs might not feel the same tingles of adrenaline I did. But it’s not like there’s some thing in the house that hates Delilah. It’s the entire freaking house. Every inanimate object inside it has a mind of its own. Not only that, but its reach extends past the house, through roots and wires, to other homes. It’s not like you can easily sneak around and get away from it. The whole town is unsafe.

The characters are both endearing and I appreciated the dual point of views. Delilah looks sweet and normal, but is obsessed with the macabre. She doodles gruesome pictures in her notebooks, watches slasher flicks, and alphabetizes her books by the cause and number of deaths (might have to look into this). She’s also fiercely protective of Gavin, who is a doll (not literally, to clarify). He looks like your mysterious, haunted bad boy, but he’s actually a sweetheart. They are utterly adorable together and I was seriously worried that something horrible was going to happen to both of them.

I would recommend this to fans of Anna Dressed in Blood by Kendare Blake. It’s not as bloody and full of angst, but it still made me laugh and gave me the chills.