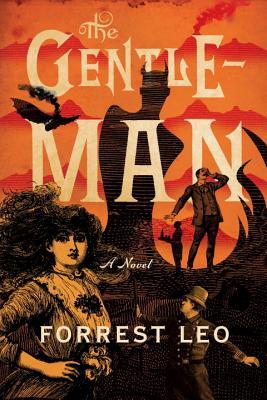 Lionel Savage, an eccentric poet in Victorian London, finds out from his butler that he’s broke after furnishing his private library with books. He marries a young woman for her money. Six months into this loveless marriage, he realizes his muse has left him and he cannot write anymore. He contemplates suicide until the Devil pays him a rather civil visit and borrows a book. Later, after his wife goes missing, Lionel realizes he inadvertently sold her to the Devil.

Oh Lordy. I have not laughed this much reading a book since forever (or so it feels like). I read the entire thing in one sitting–no small feat for me. The Gentleman is witty and absurd and it smacks you in the face with its voice. It wasn’t the plot that kept me reading, but the distinct cast of characters. It’s like watching a British sitcom (perhaps one starring John Cleese, hmm?) set in Victorian London.

When I cracked open the book, I knew immediately I was in good hands. There were illustrations AND footnotes.

You can do so much with footnotes. You can tell another story. You can expand ideas, give backstory. You can make snide, passive-aggressive comments. They were cleverly used in The Gentleman. Lionel’s cousin, the “editor” of the book, is a very sensible chap whereas Lionel is a narcissistic poet. The juxtaposition between the two works wonders.

My only gripe is that I wish they had actually journeyed to Hell (or Essex Grove, as the dev’l prefers to call it). But I hear Dante Alighieri does the devil’s gardening, so there’s that. Overall, it was an entirely entertaining story, and I look forward to reading Leo’s other work. If he has any. Which I hope he does. (Did I mention the author is the same age as me and now I feel hugely inadequate?). I would recommend The Gentleman to anyone looking for a good laugh.